The World's Oldest Bank in Distress

Banca Monte dei Paschi di Siena (IT: BMPS) has been in the headlines the past few months over concerns that it wouldn't be able to cover its bad outstanding debts. In November, the bank announced that it was seeking a 5 billion euro capital injection in order to cover these debts in December, but the plan is currently at risk following the recent government referendum decision. Investors have been skeptical about the banks recapitalization, but reports on Tuesday have suggested that the Italian government will participate in the capital relief. It is crucial that BMPS receive aid quickly to avoid a collapse of the bank and possible contagion to others.

The world's oldest lender experienced a scare with bad loans earlier this January, but was able to avoid disaster through an accounting restatement and help from the government to repackage non-performing loans into bonds. 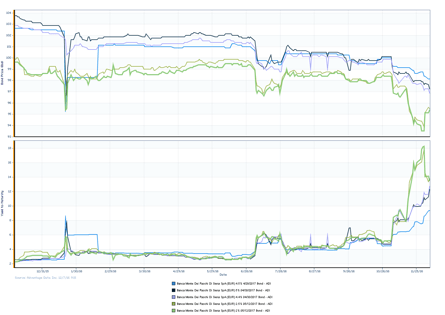 The bank's current and historical health of bonds can be tracked in real-time through AdvantageData's Charting tool. The distress in January and the bank's current state is captured and will be interesting to follow as news continues to be reported.

Monitor the movement in BMPS and other Italian Banks by requesting a free trial of AdvantageData today.