Posted by Sean Riddell on Aug 30, 2017 12:24:34 PM
European stocks bounced back from 6 month lows on Wednesday, seeing levels rise after a downturn on Tuesday due to political risk in Asia.  The FTSE 100 and Stoxx Europe 600 saw gains of 0.51% and 0.78% after investors fled to safe havens like bonds, yen, and gold on Tuesday.  Meanwhile, the Euro saw a loss of -.54295% against the dollar due to strong jobs and GDP growth data out of the US. 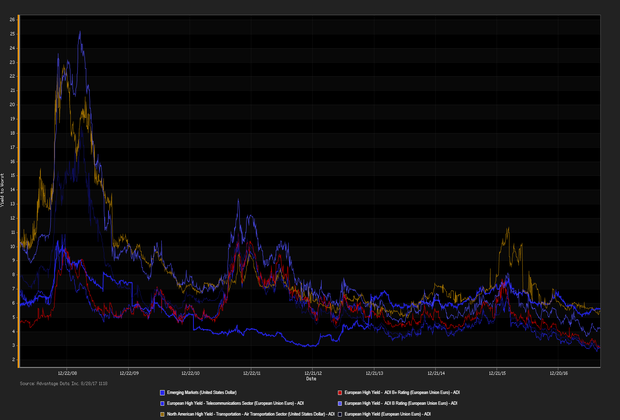