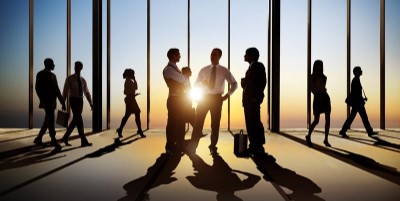 The middle market is blowing away most preconceived notions of what can and can’t clear the market today. Leverage offers one measure of how accommodating the market is, and while the numbers don’t show it, the shadow market has set new outer limits for highly regarded, sponsored names.In the quarter-to-date, total leverage for middle market loans stands at roughly 5.02x, slightly down from 5.18x in the fourth quarter last year, according to LevFin Insights. Neither number is a record, and they tell only part of the story.

Those multiples are derived largely from syndicated middle-market loans and don’t include deals that are clubbed away quietly. In the shadow market, upper-crust borrowers backed by favored PE firms in some cases are netting total multiples as high as 6.5x to 7x, for as far down the EBITDA spectrum as $10 million, based on conversations with market participants at leading lenders and investors. In fact, several referred to 7x as the “new 6x” for middle market credits.

Let's be clear here - these multiples don’t reflect the average. Most club credits are not 7x deep, nor 6x for that matter. Yet 'outer limit' deals aren't so rare as they used to be, and the growing chatter around them shows how aggressive the outer limits have become to capture mandates.

There are several reasons why leverage multiples are stretching in the shadow banking world. First of all, nonbanks can compete on debt loads, not on pricing, and it’s widely viewed that finance companies will draw the line at about L+425-450 due to their cost of funding. Among visible loans, the average spread has dropped about 70 bps since December, to L+477, according to LFI, leaving nonbanks little room to squeeze yields lower.

Second, second-lien paper is widely available from BDCs and other accounts in search of yield against falling first-lien loan spreads. In fact, second-lien spreads have retreated this quarter.

Third, high purchase price multiples continue to impact financing structures. The good news is that sponsors are pulling their weight with equity as well, most often 50% or more of the capital structure, and at worst 40%, according to market participants.

Lastly, deal flow can’t seem to catch up with fundraising. Lenders that spoke with LFI believe that the market will continue to chase assets throughout 2017, barring any corrections set off by shocks to the system.

It’s difficult to offer quantitative figures on supply and demand because so much of the middle market universe is invisible. The more the middle market has grown, the more opaque it has become, which is the exact opposite of what happened in the broadly syndicated market as that market matured.

Available credit fundraising data is muddy at best when trying to strip out funds geared to middle market investments, and there’s no standard agreement on what constitutes “middle market” either. Volume across separately managed accounts and private family funds has metastasized over the past two years, yet there’s no way to track that money trail. In addition to insurance companies, pension funds and endowments, foreign funds are now streaming into the asset class from Asia and Europe. As one lender put it, “The asset class has been discovered.”

Heading into the end of March, the outlook on leverage is more of the same.

Current pitchbooks for issuers in the $25-50M EBITDA bracket generally are offering total leverage of 4-5x, with the outer limit extending to 6-6.5x for strong recurring businesses with scale that have little to no capex needs, market sources say. Pitches in the <$25M EBITDA bracket, are offering leverage of 3.5x-4x, with the outer limit reaching 5.5x to 6x.

Some feel that leverage has reached a peak, but note that other terms like covenants and documentation language have moved into the crosshairs.