Go Your Own Way

In the past month – as every financial news outlet will tell you – the major market indices have been pulling back, almost in unison.

By contrast, the BDC sector – as measured by BDCS  has dropped only marginally.

In the short run, BDC stocks have untethered themselves from the daily drama in the major indices, shaken daily by concerns about tariffs.

Nonetheless, there is a definite weakening in the metrics that’s begun to show up in the last few weeks.

For example, the number of BDC stocks that increased in price this week – or remained flat – was only 18.

By contrast, 27 dropped in price.

At the beginning of the month of May there were many more BDC stock prices in the positive column.

Plus, 3 BDCs dropped 3% or more in price and none increased by that threshold percentage.

Admittedly all three droppers were smaller BDCs, each with idiosyncratic problems.

The Biggest Loser was Medley Capital (MCC), down (6.0%) for any number of reasons as the struggle for control of this eroding franchise continues.

Down 4.0% was Portman Ridge Finance (PTMN) – or KCAP Financial not so long ago.

The newly externalized and rebranded BDC reported IQ 2019 results which were not pretty.

Besides recording an operating loss during the period – not surprising given the changing of the guard – PTMN also saw its book value drop sharply.

NAV Per Share dropped from $4.23 to $3.85 because of multiple credit troubles in the portfolio.

One borrower was restructured and two went on non accrual in the quarter.

Since its February high PTMN’s stock price has dropped 13%.

We’ll be undertaking a quarterly review in the week ahead, but had warned about weakness in an earlier article following the IVQ 2018 KCAP results.

There too recent results have not reassured investors and the BDC’s future path remains as opaque as ever.

The littlest BDC is trading at nearly 14x the dividend, which itself is a return of capital as OHAI was not profitable in the quarter.

All 3 names above could drop much further with any additional reverses, but won’t affect BDCs that much due to their size.

The Wells Fargo BDC Index – which offers a Total Return perspective – has been down for 3 weeks in a row.

Furthermore, the number of BDCs trading between 5% to 10% of their 52 week low has increased to 5 from just 1 two weeks ago.

Plus, the number of BDC stocks trading within 5% of their 52 week high has dropped to 12 from 17 at the beginning of the month.

Finally, the number of BDC stocks trading over their 50 Day and 200 Day Moving Averages are at their lowest level in 8 weeks.

Of course, the $64,000 question is whether this is a temporary weakness in BDC prices or a canary in the coal mine ?

Will a resolution of the tariff wars – should that occur – cause an upward move in BDC prices ?

We don’t have any definitive answers, but our instinct – honed from the many years spent with this market – is not.

Our impression is that both institutional and individual investors are highly cautious right now and there’s little that can be done to change that atmosphere.

Nor is that caution unreasonable given the weakening global economic data; the slump in commodity prices and the likely drop in interest rates.

We’d even argue that BDC prices remain over valued – based on fundamentals – in most cases.

As we diligently review each BDC’s results in turn for the IQ 2019 – still a work in process – the BDC Reporter gets the impression that some of the weaker performers are still receiving the benefit of the doubt from investors.

A downward shift in sentiment could see – as we’ve indicated above for MCC, PTMN and OHAI – the BDC under performers first hit.

As in so many other things we keep a list, dividing up BDCs long term outlook between GOOD, AVERAGE and POOR.

There are 14 names in that latter category, suggesting there are plenty of candidates for a price drop.

We’re the first to admit that calling market direction is a fool’s game, but it pays to be wary and watch the tape. 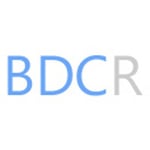