A very busy week ahead for BDC investors including fast moving prices; eleven new earnings releases and the vote on whether Medley Capital will merge into Sierra Income. We pledge to keep readers updated as a critical week unfolds.

Markets: Given that last week the BDC sector – as measured by the Wells Fargo BDC Index and the price of the UBS Exchange Traded Note with the ticker BDCS – dropped every day, the direction of the market will be a critical factor. Last week’s pullback occurred while the broader markets continued to rise and other forms of non investment grade credit remained strong, begging the question as to whether this was just a short term pause in a continuing rally or a turning point, and prices will be down from here. As we’ll discuss in greater detail below, BDC earnings season is still in process, and individual fund results may influence sector performance. By mid-month, though, all the latest quarterly updates will be in and investors will have positioned themselves. We’ll be keeping track not only of BDCS and the Wells Fargo BDC Index but of the trends amidst the 45 different public BDCs we track. Last week, 42 dropped in price and 20 are now trading at a price below that of 4 weeks ago in the very midst of the rally. If that proportion of underwater stocks rises,  or we see an uptick in BDCs trading within 5% or even 10% of their 52 week lows (the current numbers are zero and one respectively) we’ll be worried that the rally that began December 24, 2018 has run its course. On the other hand, if BDCS breaks through the August 30, 2018 high of $21.03, we’ll know that this rally lives and has broken through a critical threshold.  For reference, as of Friday, BDCS was at $19.73.

Earnings: Eleven BDCs will be reporting fourth quarter 2018 results this week. For the full list see the BDC Reporter’s Earnings Calendar. We’ll be most interested to seeing how four BDCs that are in “turnaround” mode or have acknowledged or unacknowledged credit troubles will perform. These are Capitala Finance (CPTA); Monroe Capital (MRCC); THL Credit (TCRD) and BlackRock Capital Investment (BKCC). Each BDC is at a different stage of dealing with above average credit troubles, and each has their own strategy. At CPTA, one of the key questions will be whether management has made much progress selling off – as planned – some of its equity stakes at a gain to offset bad loans made. Moreover, we’ll be interested to see if the concerted effort by the Capitala Group to book investments spread over multiple funds – quick becoming the norm in the asset management industry – will result in a lower portfolio yield. We expect CPTA will be able to maintain its $1.00 a year distribution – following two recent cuts. However, should another dividend reduction be announced, expect a major drop in the stock price. The market, though, is optimistic and has pushed up CPTA’s price by 22% since December.

TCRD has been battling with troubled credits for a couple of years now. Management and the parent have made all the right gestures in terms of fee waivers; strategy changes (out with CLOs, out with non sponsored investments) and bringing in new personnel with work- out experience. Will the IVQ 2018 results – which included that huge drop off in leveraged loan prices – demonstrate tangible progress in portfolio performance ? Or will either existing credits get worse from a fundamental – rather than just a technical – standpoint; or will new portfolio companies be added to the under-performing list ? The BDC Reporter – and the market more generally – has expected a dividend cut from $1.08 annually. However, there was an upward burst in TCRD’s stock price to $6.86 from a low of $5.95 since December last. In the last few days, though, TCRD has dropped back again by as much as 8%, as the chart below shows. Either somebody knows something or investors are positioning themselves ahead of the earnings release. Or both. Depending on the results, the stock price could move strongly in either direction. Or has the market already adjusted ?

MRCC may or may not have systemic credit issues. Management will certainly say no. However, the troubles at Rockdale BlackHawk– and the controversial decision by the manager not to reveal to shareholders that its borrower had filed for bankruptcy when the opportunity was at hand in the form of a Conference Call – has raised red flags from investors. The whole episode was covered in-depth in an article we wrote on November 7, 2018, and a follow-up on December 13, 2018, entitled “Bad Outcome for Rockdale Blackhawk”.  The BDC Reporter – after digging through MRCC’s portfolio – is worried about multiple credits besides Rockdale that MRCC suggest are of only passing concern. We’ll learn more from this quarter’s release.  The BDC’s investors also appear undecided. The stock price, aided by the Rockdale Blackhawk question mark and the general BDC stock melt-down, dropped 40% from its height in 2018, but has since bounced back almost to its prior levels, up 32% ! Again,though, there was a significant pullback last week as investors lost their nerve – or took their profits – in advance of this week’s reveal.

BKCC – despite having BlackRock as a parent and a new-ish management team keen to put prior troubles behind – has several credit problems on the books, and has for some time. In a pattern that is becoming eerily familiar, BKCC’s stock price was badly knocked down, dropping from $7.81 in May 2017 to $6.43 in 2018 and then to a low of $5.18 in December. Then BKCC jumped up all the way to a peak of $6.60 on February 18, 2019 on no news. We wondered as this happened whether this was part of the general sector surge or our long predicted merger of the BDC with its sister BlackRock owned fund TCPC was about to be announced ? We’ll find out shortly but the stock price did follow the general retreat that began February 22, 2019, and closed at $6.18. Good results and the maintenance of the existing dividend will support the price. A merger into TCPC at book value – like the one by Corporate Capital Trust into FS Investment to create FSK – could make even bigger waves. As of September 2018 BKCC’s book value was $7.66. Even if that book value drops in the fourth quarter, book value might be $1.0 or so a share over the current price, a 15% differential.

Medley Merger Vote: On Friday – and not a day too soon – the shareholders of Medley Capital (MCC), Sierra Income and Medley Management (MDLY) will vote in separate groups about whether to combine under the Sierra Income banner in one of the most controversial transactions in years. The BDC Reporter has written so many articles on the subject that we have merger controversy fatigue. Moreover, not much new has been said by either side of late as the countdown to the vote has continued. We’ll be interested – of course – to see which way the vote goes at MCC and Sierra Income (whose shareholders – whether they understand it or not have the most to lose). However, we’ll also be intrigued to see how many shareholders – many of them individuals – will vote their shares given the multiple press releases and Proxies issued by the participants and the high stakes involved. As has been said in other electoral contexts, these votes do matter and will have an impact on shareholder returns for years to come. But will that be reflected in the numbers of ballots received ?

For MCC shareholders, this vote will also test the power of suasion of shareholder advisory groups like Institutional Shareholder Services (“ISI”) who – reportedly – have recommended an AGAINST vote. Will shareholders listen or vote with management, even if holding their noses ? The BDC Reporter – despite closely following this contest for months (if not years, as MDLY’s insiders have been busy buying up MCC’s shares with other people’s money since 2016 through a special vehicle) – does not feel enough confidence to put its chips down on one outcome or another. Whatever happens, though, this has been yet another example of the sorry state of BDC corporate governance. MCC – given its credit performance – should have been seeking a new Investment Advisor years ago. At the very least, the Board should have sought bids from would-be external managers (like NexPoint, who is seeking to play that role) or a full fledged merger from another group rather than doubling down with the same group that has caused the BDC to lose three quarters of its value.

If the shareholders of the three groups vote FOR the merger, this will largely be over except for the lawsuits, which will probably be resolved at the expense of those same shareholders in the weeks to come. MCC will be dissolved into Sierra Income, which will become the public entity and MDLY will become a subsidiary and all the personnel of the current manager will become employees. However, if the merger is voted down, the ultimate outcome will become wholly uncertain. Will the same “independent” directors who sneered at NexPoint’s offer to become the Investment Advisor of both MCC and Sierra Income now embrace that proposal ? Will new players arrive on the field ? What will Medley’s insiders – with fortunes at play – chose to do ? We’ve undertaken our game theory on this in prior articles, and the outcome may not be what the dissident shareholders of MCC and NexPoint might prefer. However, in the short term, the potential biggest losers will  be the shareholders of MDLY and its two publicly traded notes. If MDLY loses control over MCC and Sierra’s destiny its ability to meet its heavy debt obligations must be in doubt. We’re a long way from that but jumpy debt investors – who didn’t sign up for all this drama when first buying the debt of MDLY – have been bailing out for weeks just in case.

Regular Updates: This week – given the high level of anticipated activity (and we’ve not mentioned other prospective developments surrounding the Small Business Credit Availability Act; BDC capital markets activity and  new credit issues) – we’ll be updating this article for our subscribers with the latest developments at the end of every business day. Check back regularly to see – in almost real time – how this very interesting and market moving week turns out. 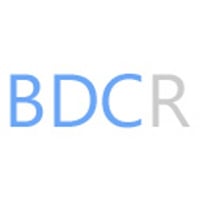