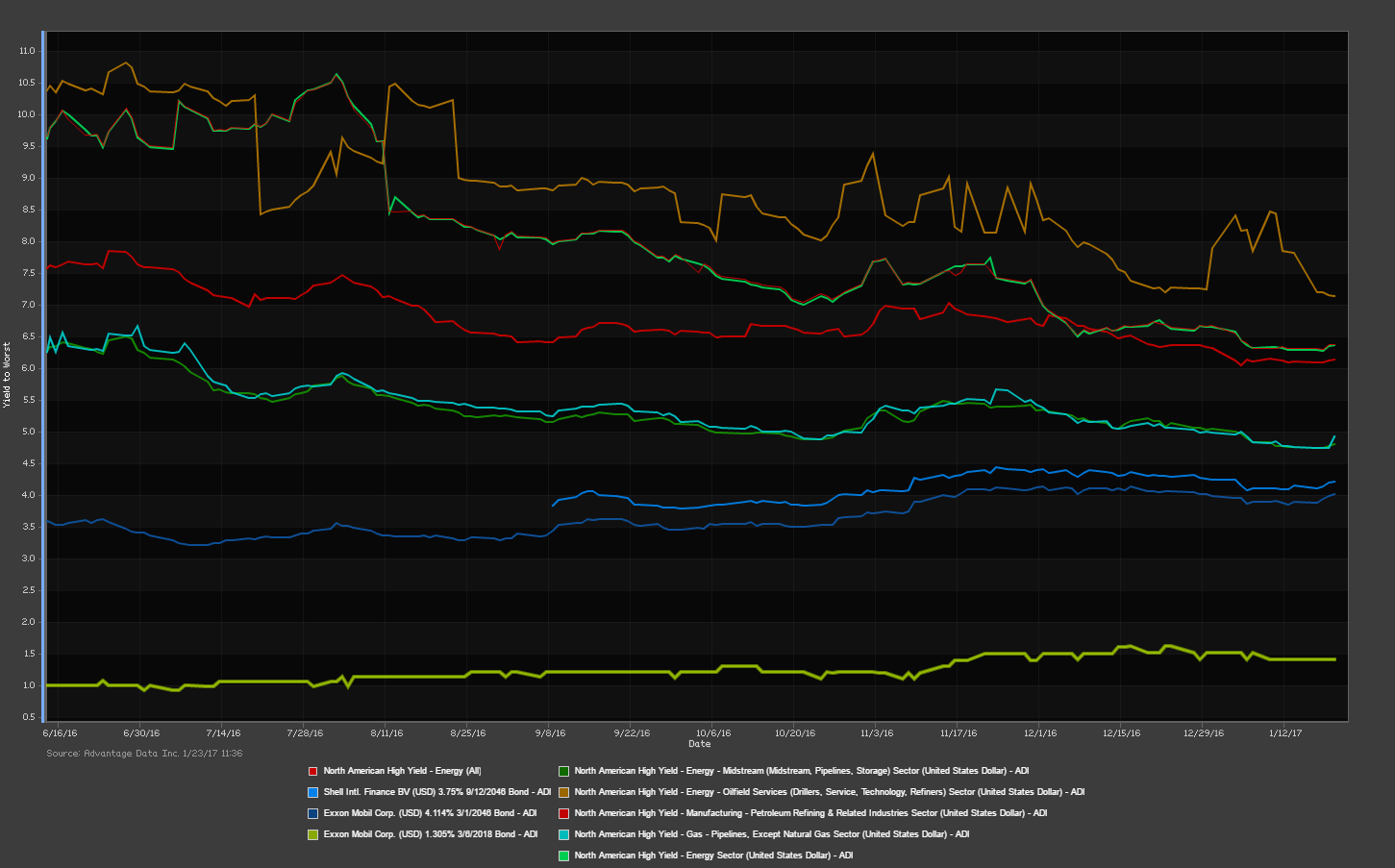 Oil futures fell on Monday after reports of an increase in U.S. crude production, defying the efforts of OPEC, as well as non-OPEC producers' goals to reduce output levels. The global benchmark Brent crude prices dropped $0.49 to $55 per barrel, while WTI crude futures traded down 1.2%, at $52.58 per barrel. U.S. oil production has risen 6% since Q3 2016, and data suggests production will continue to rise. U.S. drillers added the most rigs in nearly 4 years last week [source], offsetting reduction efforts by OPEC. The offset could stir up some tensions with U.S. allied OPEC partners, who were showing "...'very good' compliance..." [source] to reach the goal, as described by Saudi Arabia's energy minister, Khalid al-Falih.

The North Sea's largest independent oil company, Premier Oil, has pushed back issuing 2.6 billion in debt until after the new year. The strained oil company had planned on revealing the rescue package at the end of September, but pushed back the deadline at the last moment. The 40 institutional lenders included in the syndicate have not been able to finalize the deal citing the scale and complexity of the arrangement as well as current exposure in the sector.